2015-9-26 Updated the graphics and optimized the code to handle the more resource hungry routines. I added a graphics level item to lower the graphics for very slow machines.

The game at it's core is an asteroids style game.

I wanted the game to be clear and concise.

I made the scoring system based on resources but you need to use some or all of the resources to upgrade your ship.

It is explained in the game but unspent resources grow at about 10% each round like interest in a bank.

To maximize score and to live longer, the player must not spend all resources every turn or they will suffer the consequences later in the game.

There are 60 discrete levels to the mission aspect of the game.

A story about the aliens is revealed as you progress through the levels.

There are also warnings and data about enemies between levels.

Your ship starts out incredibly weak but at the end of each level you can purchase equipment to beef it up.

You are allowed to sell most equipment at no cost and reconfigure your ship as desired.

Some upgrades must be unlocked first before you can buy them.

Crew members and timed power ups would be the examples of this.

A few crew members can be trained to be able to repair the ship or operate tracker beams and such.

The game has a survival mode that throws asteroids and enemies at you until you die.

Like in the mission levels you start out weak but a continuous stream of permanent power ups are released to improve your ship.

They are released at about one every 10 seconds.

The upgrades you get are mostly random in survival mode.

There are a few check points to correct the next upgrade if there is a large imbalance in upgrades.

There are four levels of difficulty (super easy, easy, normal and hard).

The default difficulty is normal and it is fairly difficult.

The easier modes start up with slightly more money and the power of your weapon doubles with each lowering of the difficulty level.

Objects are 8 time harder to kill in hard versus super easy.

I added a rogue mode to the game.

You can save your game but if you ever die during rogue mode your save game will be deleted.

There is an options area that allows players to change the keyboard commands and test for bad combinations of keys.

fdg@y12.doe.gov if you have any questions.

I have worked on this game for about 10 years in my spare time.

2 gigs of ram or more is best

Unzip and run the exe file. 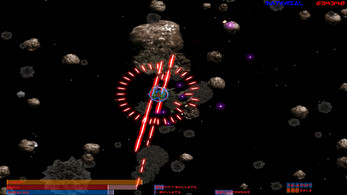 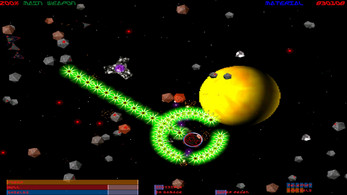 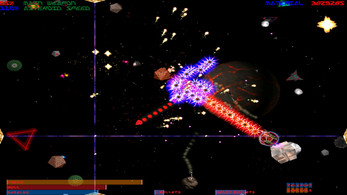 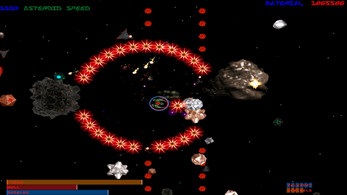 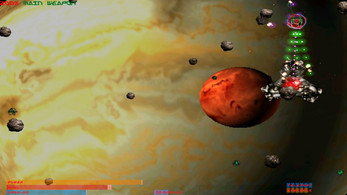 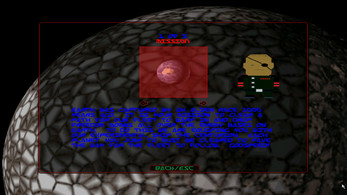 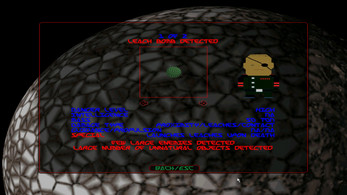 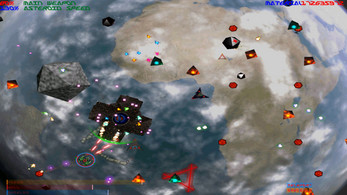 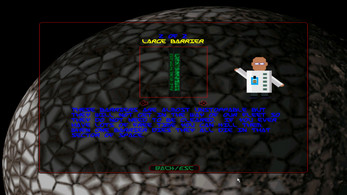 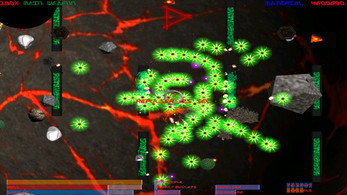 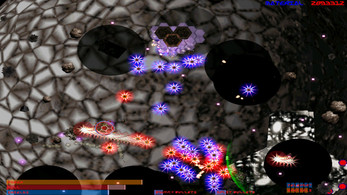 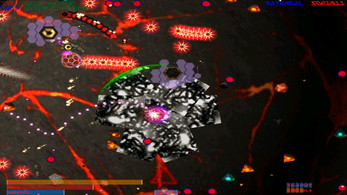 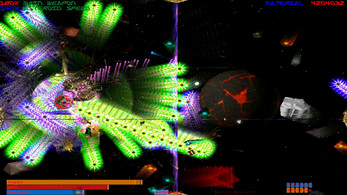 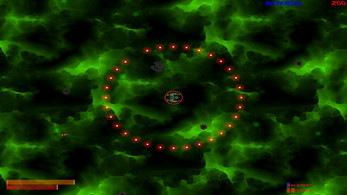 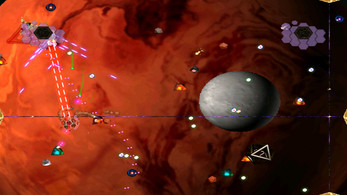